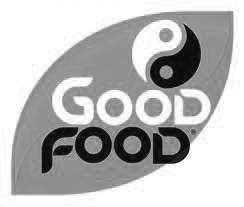 Documentation was organized in a clear and structured manner which guaranteed comfort and ease while finding information for both Investors and Owner’s project team.

The Company decided to use FORDATA VDR application as a tool which enables sharing documents with interested investors. Documentation was organized in a clear and structured manner which guaranteed comfort and ease while finding information for both Investors and Owner’s project team. It  significantly improved and sped up the Due Diligence process.

Virtual Data Room also guaranteed the expected level of security to shared documents which, combining with entire control over the process, delivered the  expected value.

The cooperation included preparing electronic documents delivered by the Company, uploading and managing them within the application, as well as managing VDR during users project’s lifecycle.

We value the cooperation with FORDATA Team very much. In our opinion the company is highly recommendable.’

GOOD FOOD S.A. is a manufacturer and distributor of healthy food products. It’s main product group  is Rice Cakes. The Company employs over 160 people and it is the biggest in Poland and of the biggest in the world rice bread producer. Good Food is also a significant exporter. Company’s products are being sold currently in Denmark, Sweden, Norway, Spain, France, Belgium, The Netherland, United Kingdom, Italy, Germany, Lithuania and Australia.

AVALLON MBO FUND B.V. is an investment fund founded in 2007. It has capitalization of 50 million euro and it’s the only fund on a Polish market which specializes in management buy-outs (MBO).

Resource Partners is a group of independent private equity funds, specializing in mid-size, growth oriented investments, especially in the market of consumer goods and services. They operate in  Central and Eastern Europe and have successfully  managed financial resources of blue-chip European financial institutions.